Continuing with the success of the FIBA Competition System implemented in 2017 for team qualification to the 2019 World Cup, the process of qualifying for the FIBA Basketball World Cup 2023 will include six windows over 15 months across the four regions of Africa, Americas, Asia/Oceania and Europe.

Spanish Basketball President Jorge Garbajosa provided a moment of levity by delivering the Naismith Trophy to the stage.

Eighty national teams were drawn across four different draws, one for each region - Africa, Americas, Asia/Oceania and Europe.

Here are the results: 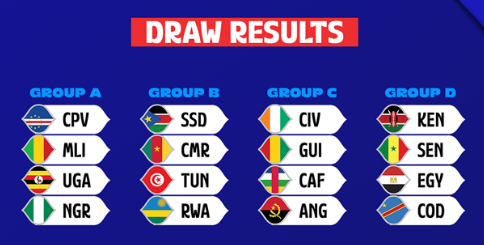