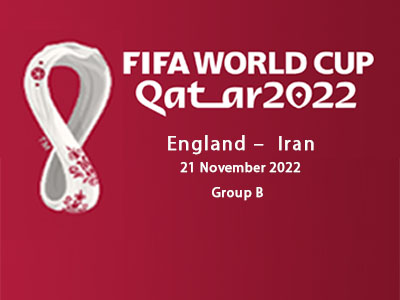 On November 21, 2022, the 2022 World Cup group stage will continue to compete. England ranked 5th in the world, will face Iran, ranked 22nd in the world. The two teams have never faced each other in history. What kind of plot will be played in this group stage meeting?

England has a strong strength. The new world ranking is 5th. England belongs to the European region. The recent main match is the European Nations League. However, in the European Nations League, it only scored 3 draws and 3 losses, and the performance was average. The previous results in the European World Cup qualifiers were 8 wins and 2 draws and remained unbeaten, with 39-3 goals and losses, and qualified first in the group. Only in the penalty shootout lost to Italy, and missed the European Cup. In the last 2018 World Cup, England made it all the way to the semi-finals, when they lost to Croatia in the semi-finals and missed the final. In recent years, England's performance in competitions has been quite outstanding. Recently, England also announced the list of players participating in the World Cup. Most of the players are also from the Premier League, and their strength and experience are very strong. For example, Kane and Sterling, in this group stage, England and the United States, Wales and Iran are in a group. From the perspective of comprehensive strength, England is a super-strong existence, so England has a very good chance of passing the group stage.

Iran's strength is not bad. It has participated in the World Cup 6 times in its history, and the new world ranking is 22nd. In the World Cup qualifiers, it achieved 8 wins, 1 draw and 1 loss, beating South Korea to rank first in Group A. Qualifying, 10 games scored and conceded 15-4, both offensive and defensive ends are very powerful. In the last World Cup, Iran ranked 3rd in Group B with 1 win, 1 draw and 1 loss, and missed the top 16. Recently, Iran participated in 3 friendly warm-up matches and achieved 1 win, 1 draw and 1 loss, and the state was average. The Iranian team has a lot of talents in the front line, and the more famous one is Azmon. The 27-year-old striker has worked hard in the Russian Super League for a long time in his career. He has played for Kazan Rubies, Rostov, Zenit St. Petersburg and other teams. He is currently playing for Leverkusen, with good strength, as well as Porto striker Tower. Remy, Feyenoord striker Jahanbakhsh and more.

The two sides have never had a confrontation in history, and this is the first time they have met. This time the two teams belong to Group B. In terms of world rankings, England ranks 5th in the world, the United States ranks 14th, Wales ranks 19th, and Iran ranks 22nd. , England's strength is dominant, and Iran wants to qualify, it must get points from the US team and Wales. England's recent state is not good, and it has not played well in the UEFA Nations League, while Iran has performed well in the warm-up match recently. From the perspective of fighting spirit, there is no need to doubt the fighting spirit of the two teams. After all, it is a World Cup every four years, and England's strength accounts for Excellent, so who can take the lead in this game?

1. 3 points for a win in the group stage, 1 point for a draw, and 0 points for a loss. The top two teams in each group will advance to the quarter-finals. When two or more teams have the same points, the following rules will be followed for ranking (in descending order of priority).

2. Teams with the same points will compare their scores with each other, and the team with the most points will be ranked first.

3. Teams with the same score will have the most goal difference.

4. Teams with the same points scored the most goals.

5. Only games between teams with the same score will be counted, and the comparison will be repeated according to rules 1-3.