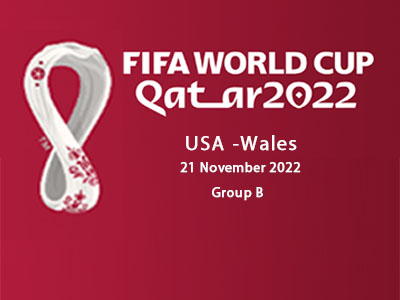 Although Wales has Bell, and in recent years, the team's tactics around Bell have been relatively successful. But Bell is a 33-year-old veteran after all, and it is obviously unrealistic to expect him to show his prowess in the World Cup. On the other hand, the U.S. team has not only created a youth storm, but also has undergone a radical change in terms of strength. Even though they are young, the US team has its own advantages in terms of fighting spirit, state, and even physical fitness!

1. 3 points for a win in the group stage, 1 point for a draw, and 0 points for a loss. The top two teams in each group will advance to the quarter-finals. When two or more teams have the same points, the following rules will be followed for ranking (in descending order of priority).

2. Teams with the same points will compare their scores with each other, and the team with the most points will be ranked first.

3. Teams with the same score will have the most goal difference.

4. Teams with the same points scored the most goals.

5. Only games between teams with the same score will be counted, and the comparison will be repeated according to rules 1-3.